Wettest New Jersey June on record leaking over into July

BY JAMES M. O’NEILL | Staff Writer
New Jersey experienced its wettest June since record-keeping began in 1895 — and things aren’t going to improve much before the weekend.
The state averaged 9.57 inches of rain last month — more than double the normal June rainfall of 4 inches and nearly an inch more than the prior record, set in June 2003. There were 13 days during the month when at least some part of the state got a drenching of an inch or more.
So far, July hasn’t been any better: The month roared in with deluge on Monday that left some streets in North Jersey underwater. The dark skies continued to roll through on Tuesday, forcing the cancellation of summer camps and baseball games.
It appears the region has entered a soggy period, a blessing for lawns, reservoirs and the local mosquito population.

Over the past three months, Bergen County has received 18.4 inches of rain, up 5.6 inches from normal, while Passaic County has slogged along with 16.5 inches, up 3.1 from the norm. Hudson County has had 19 inches of rain — 6.6 inches above normal.
It feels like Seattle for a reason: New Jersey has been pinched between an unusually large trough in the jet stream that currently extends down through the Midwest, and a Bermuda high over the Atlantic. These have served to funnel moist tropical air up the East Coast from the Gulf of Mexico.

“And that pattern has been stagnant — it’s hardly moved,”

“It’s a similar setup to what happened when Sandy came up the coast last October.”

But in the fall, the extreme trough in the jet stream can be explained by the absence of sea ice in the Arctic Ocean. Right now, there’s plenty of sea ice there.

“The big question is, why is this pattern so pronounced?”

“I wish we had the answer.”

The rainfall has been far from uniform. North Jersey wasn’t nearly as wet as South Jersey in June, though that probably was no consolation since it was still significantly more rainy than usual in North Jersey. For instance, Bergenfield had 8.72 inches of rain — its second-wettest June on record, and well above the normal of 4.2 inches, said Bob Ziff with the North Jersey Weather Observers. Hawthorne had 8.31 inches of rain — only its seventh wettest on record.
The absolute soggiest Jersey town last month was Pittsgrove in Salem County, which had 13 inches of rain.

“There’s no good explanation why one part of the state got more than another — it was luck of the draw, just the way the storm systems lined up as they passed through,”

Robinson said.
The same alignment that has given us so much rain had generated opposite conditions on the West Coast — record heat, dry days, wildfires. The Midwest, meanwhile, has been enjoying a pleasant weather.
Over the next few days, the Bermuda high over the Atlantic is expected to move slightly westward, closer to the East Coast. That could force the jet stream trough to push farther west, sending the bulk of the rain clouds up over the Appalachians, and giving the East Coast a slight reprieve.

“It will still be warm and humid, but we shouldn’t be as persistently under the gun,”

“There’s an improvement coming, but it’s still going to be uncomfortable.”

There’s one positive aspect to all the wet weather — the region’s drinking water reservoirs, normally about 90 percent full this time of year and dropping — are all 100 percent full and even spilling extra water into the rivers.

“There’s always a silver lining to the most miserable situation,”

Water has been fully restored on Greenwood Ave. t.co/nlW3pmttZx 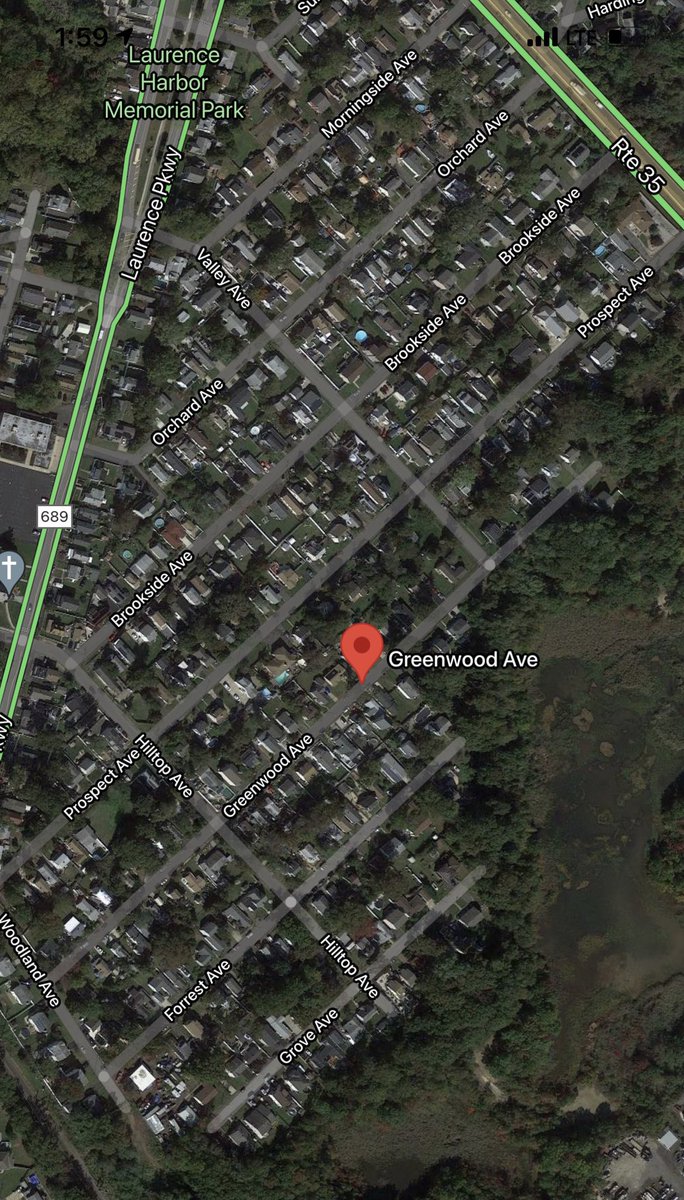 There is a water main break on Greenwood Avenue in Laurence Harbor. Water service will be disrupted for the next s… t.co/eaXMZLIYBl

There is a water main break on Belaire Court in the Deep Run development. Water service will be disrupted for the n… t.co/H4kl8pinQ1